On the 3rd, March 2018 I when to Maker Faire event that located in Olympic Stadium. When I arrived at Olympic Stadium I saw many booths, every booth also spacial and interested. I like going with my friends to booths that have game and fun category. I went to booths that have games to play because they have prizes. Through those games, I learn so many things from companies and organization. For me, I think games are fun to learn and earn prizes. The biggest companies that involve with Maker Faire this year are Coca-Cola and Smart. Coca-Cola, as you know it’s a soda drink company, Smart is a phone service Company. 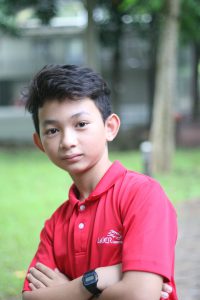 I believe that small changes can make a big effect, just like what Mahatma Gandhi quoted – “A gentle way, can shake the word”.  My name is Hongly and I am a 13-year old boy who learn in the Liger leadership Academy. As a change agent I think that we all can make changes to the word, doesn’t care you identity is, doesn’t care your race is, or doesn’t care where you from.